As requested, I’ve drafted the script for BJs press conference, we are bearing in mind if it really could get to court about parties, corruption redecoration, etc etc - it would certainly ruin any future career.  As per usual it’s in our cynical, damage limitation style, as best for him and “the party” and therefore….I’m seeing this as a winner… NB Camera Angles critical) 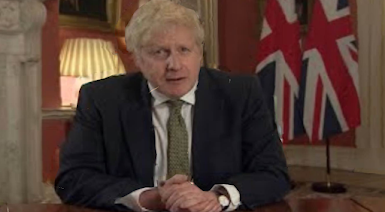 I was proud to be elected, with such a majority, to be your Prime Minister - to "Get Brexit done" which I did, and "Take Back Control", which I was, and we were, getting on with until the pandemic hit.

Since then I believe, most fervently, that, although there were mistakes, as in all other countries across Europe and the world, we did the right things, at the right time, to secure the safest outcome for this country.  A country I love, and will always love. All was going well.

But I want to be honest with you.  Recent events have made me realise that my style of leadership, together with our government’s approach to getting things done has not worked well enough, for enough people. I can see that. I understand it. I make no apologies for it.

I want you to believe me on this… I really do. I did it all for the best reasons - the greatest good for a Greatest Britain.

But, as I say, too many have lost faith in how I was trying to do what I was voted in to do.

So, in those oft-used, cliched words, I am going to spend more time with my loving family... literally.

(Look down at hands, as though the reality is only now sinking in, and then straight to Camera 1 with resolution).

I am going to step aside from my role as Chief Secretary to the treasury, and yes, I will be resigning as your Prime Minister. I will be informing the Queen, at the earliest opportunity.

I will do so with a full and deep intent to support a calm period of succession - in order to sustain a Conservative Government. I will be doing so in the belief that only a Conservative government can do what needs doing and… I am doing all this, for you all, with an absolutely clear conscience.  What I did and how I did it will be written about by many…some have already begun... the moving finger writes... I accept that and I fervently believe that history will ink in the evidence of the effectiveness of what I achieved....my actions... my legacy - in all the things that really matter. I believe history will settle firmly on my side, on our government’s side.

All that is left for me to do now is.. thank those of you who never lost faith and those who waiver now…. I will no doubt see you sometime in the future…”

(He leaves, takes a long foreign holiday and comes back, in some kind of entertainment role… in a couple of years' time…

Me? John Pearce? Cynical? I don’t believe it….