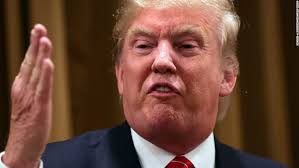 The flood of prejudiced bile* triggered by Donald Trump' and some of his supporters, plus some in the UK referendum debate and ISIS's media statements all test my belief in humanity's inherent goodness.  It will lead to despair unless.... all, who want better than this, speak up and act..

Most of us, when young, naive and protected, are naturally wary, even afraid, of the different, the unknown and strange. So, how our family, friends and communities allow us to learn about difference defines us as individuals, groups and nations.
If we are taught to open our hearts and eyes and engage with strangers we will rarely, if ever, be disappointed, wherever we travel. We will come to know the huge majority of all people are decent, caring and, on balance, good.
As we mature we begin to recognise a small minority who raise fears, well in excess of their numbers. These are the terrorists, bigots, racists, murderers, abusers and oppressors who transfix our media by creating hurt, and carnage. My experience, and belief, is that this minority is found across all races and creeds.
But there are also malicious leaders who deliberately incite fears about this minority. Their trick is to claim a lie as truth. They repeat that the dangerous minority is, in fact, a threatening and increasing majority. They go on to confuse descriptors, so: foreigners, immigrants, asylum seekers, economic migrants, terrorists and whole races appear as synonyms. They inflate real fear by imagined association.  I fear the dangerous minority but despair of those leaders who inflate my fear for their political gain. 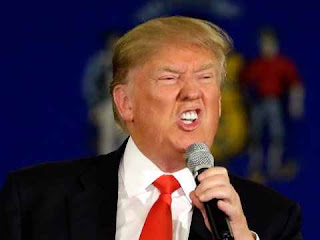 If you share my belief in the common good of humanity it is useless unless we are prepared to do something about it. All with good hearts must rise up and say enough... remaining silent and cowed is not an option. We must react when we hear of simplistic arguments about "types of people - all being the same" by creating a more thoughtful debate by arguing discussion is richer when based on more evidence and less opinion. We must challenge and question anti-social acts carried out by a subset of an identifiable group. But we must never believe, for one sad second, that all evil has its origin in a particular race, colour, creed or type because that signals regression into the childish fear of the different.
Let's judge individuals, their actions and their arguments without prejudice and search for truth and fairness wherever it appears. Maybe we have to accept there will always be huge events of horror and carnage, plus individual acts of bullying, oppression and abuse caused by that minority.  Certainly, we must challenge and vote out weak leaders who label a race, creed or type because, "one who who seemed to be of their kind" committed an evil act. Only then, will we reduce the backlash of their ignorant followers who respond, mob-like, by injuring the innocent.
How we fair in this regard will determine the future of humanity..
* If you doubt what I am saying about "bile spewing out" spend a few minutes reading the contributions of those who use UK social media to state, triumphantly that #Brexit will stop problems, "Caused by immigration" and allow us to "take back control". Or, listen to Trump and his supporters who believe that building a wall on the Mexican border and stopping Muslims coming to the USA will "Make America Great Again". The claims by ISIS that, "Our god is great - those who disagree are infidels" is just another example. 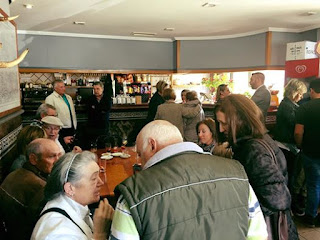 I wrote the first draft of this BLOG in a Spanish bar where I did not speak the language, nor they mine. I was made welcome and sensed a genuine camaraderie. I was thinking then as I had done in many places before, this how it should be in our world. Of course I was thinking of Orlando, The EU debate, Jo Cox's assassination in July and, in this redraft: Nice, Baghdad, Rouen and especially perhaps Trump's rise in the US. ..
john@johnpearce.org.uk

Oh, to be in Scotland now that ‪#‎Brexit‬'s here
To drink a dram o'whisky and leave my warming beer.
Oh, to walk the wild hills with freedom in my mind.
To be tolerant and proud and leave prejudice behind.
Oh, to feel the clean air and yes, the gentle rain
Living in a country that wanted to #Remain.
Remain in touch with others
Who stand in line and fear
With the sisters and mothers
With the fathers and brothers
Clutching children near.
Oh, I'll douse my tears in waterfalls
To hide my deepest shame
That Britain is now shrinking small
And will not be Great again.