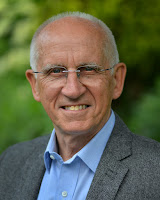 This is my unabridged "Consensual Leadership" talk at the #WomenEd Conference in Mansfield on 28th April.
An edited version was published in the Secondary Education SecEd Magazine on 13th June

I’ve found more common sense, emotional intelligence, compassion and thoughtful debate through #WomenEd than anywhere else.  So, I believe there’s more hope in this room, than most places I frequent.  Consensual Leadership is an idea I've been mulling over for months but not dared write up.  So, I thought, where better to explore this than in a presentation to a #WomenEd event?


By the way..... there is an interesting POSTSCRIPT on the original post here
Posted by John Pearce at 04:54