The Emperor is wearing too many clothes!

I’ve been working hard in this profession since 1970 and I’m just as passionate about it now as I ever was.  That’s why I’m still working flat out way after 60 years and, damn it, still feeling guilty about going on a trek for a month leaving colleagues working away in school.

Some of my passion is anger and it's welling up again and I know I have to get it off my chest before I go, or I’ll burst.  I am angry, really angry and I have been angry for years on behalf of hard working and well meaning teachers, many middle leaders and some senior leaders who are thrashing around in our Educational Empire, struggling under data mountains and forms and plan formats that are quite frankly too complex to consider sensible.   So, here I am, an old man now, screaming out, “The Emperor’s wearing too many clothes! 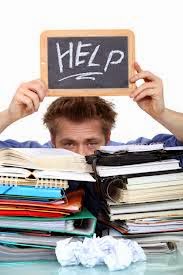 When I started my NQT year in 1970 there were few, if any, actual requirements to plan in much detail.  As a teacher, I had a foolscap mark book.  As a head of department I had a thicker one. There were no School Improvement Plans and the only legislation was the 1944 Education Act.  A little boy somewhere must have said, “The Emporer is wearing no clothes” because before long, The Taylor Report (1980) started clothing our profession with ever more layers of bureaucracy.  I won’t list the paper-chase  – if you've read this far you’ll have your own list.  Then the computer’s capacity to number crunch,  word process and spew out data and emails to inflate an expanding internet fuelled the virtual pile of plans, targets, in evermore bewildering formats.  And the legislation landslide buried us.  Surely, it’s time to scream, “The Emperor is wearing too many clothes!” 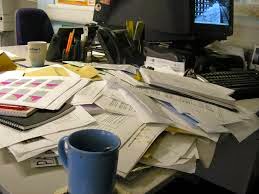 Pile yours up and examine it.  This is your educational clothing.  I bet it doesn’t fit you, your wardrobe, let alone your desktop, or pocket.  Do you know how much time it takes you to just to tidy and file the stuff?  All I am saying is, if you are suffocating, sweating and restricted by it – take some layers off!  I dare you take it all off and only put back on what you need to stay cool and unrestricted and then... Go on - do what you are paid to do....  “Go do teaching”.

Two true recent stories.  I was invited to a Senior Team meeting of an Academy Chain in London.  It was in a Hotel and, on the surface, all very civilised.  It was about School Improvement.  We were there to demonstrate iAbacus –  our bespoke suit for the Emperor with no clothes.   Two things struck me.  First, the meeting was identical in content, process and emotional tension to the Senior Team meetings I attended as Deputy Chief Inspector in a Local Education Authority 20 years ago.  The table was covered in Ring Binder files, full of paper, stared at and leafed through by tired and hounded professionals seeking ways to prove their accountability.  There were plans for each Academy to fill in (including:  Post Ofsted Action Plan, School Improvement Plan, Raising Achievement Plan, SEF); response forms for their Link Adviser to complete (about the plans the Academy had submitted); summary forms (of the response forms) for the Advisers, to send to their Seniors and the Senior Senior was considering (quietly panicking about) ways to report to the Board about all of these.  It was obviously too much and weighing them down to a sad paralysis.   Second, no-one in the meeting appeared capable of listening to what we were saying to them – they were like Stepford Wives pushing their trolleys of paper aimlessly around the Emporium. 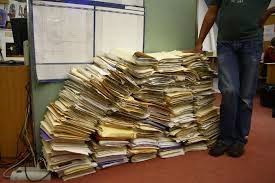 A deep sense of hopelessness was tangible

A few days later I was in a school, to give a talk to a Sixth form about “Enterprise”, wearing my "Business Speakers for Schools" hat.  I was welcomed into the staffroom and sat with teachers, who clearly assumed I had nothing to do with education.  Not missing this opportunity I naively asked, “So, what’s it like in your profession these days?”  Their heartfelt sadness poured out in their witnessing: long hours, overwork, over-detailed planning and persistent calls to justify their actions.  Their professional learned helplessness and deep sense of hopelessness was tangible.  I was upset for days, still am, by the hunted looks of despair in their eyes. 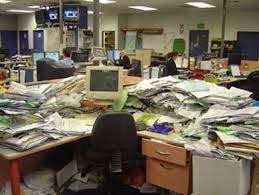 What could I do?  I’ll start by pleading:
What can you do?

Pack your bags (and your head) with only the necessary - try living by these maxims - they've served me well:

I’d love to think that, by reading this, someone somewhere will end up: doing less better, having a shorter To Do list and using more freedom of movement.  If you are that someone - make some time to write me a short note...

OK I'm glad that's off my chest - calmer now... I feel more prepared for a break from work - into the high cold mountains of Nepal.  I will, by necessity, be very careful about the layers of clothing I wear and the weight I carry. Cool but not cold.  Warm but not hot.  And I know I will meet some monks, I always do, and I'll marvel at their calm.  Maybe we should think like monks with their quill pens - and only write what we are prepared to illuminate onto a careful scroll....

OK off to pack my bags with only the necessary - always a challenge...