It's now May 2019 - almost two years after Grenfell
Another National Disaster awaits
The fools are screaming slogans...
The wise are warning us..
The Silent Witnesses are..... silent...


We lay them down in Grenfell Tower
Clad in unintended consequences.
Our very own refugees, lost friends,
Clutching copies of their whistleblowing letters,
Dark reproaches
Posted to their elders, richers and betters
As dawn approaches. 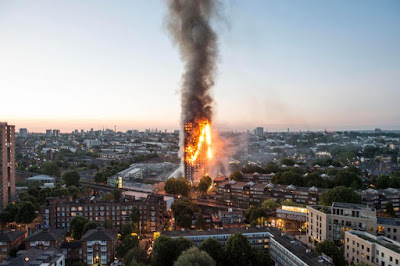 Too late, too late!
The strong, unbolted, stable had unbridled hate.
No more high days, hay days
There are still only Mayday May's days...
Even this thundering immensity
Fell on deaf ears, bent shoulders, heads bowed.

Who sees any lightening in our sky
Through Grenfell's black cloud?
Aching hearts and dimming hope.
Dulling sensitivity to emergency...
And what of democracy?
The flames died
We hide 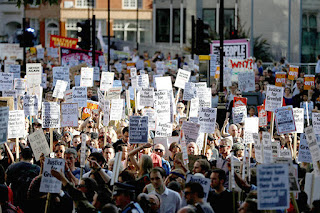 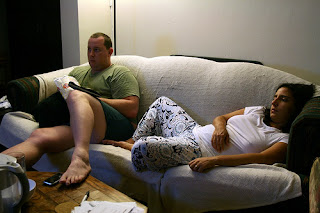 The third of us just mutter,
“Democracy,” tut and splutter,
“That stupid delusion
Coalition of confusion
Pathetic illusion”.
The fourth of us ponder,
Frowning, thinking it through.
We may question, or dissent,
But fearing the label “troublesome and slow”,
And that last stand in the boss’s office
Him whining, “I’ll have to let you go”.

The final indignity is,
“The politicians’ swerve.”
Loosening their limper grip
On a finely shredded nerve,
We hear them cry,
"This is not what I meant at all
I only came to stand and serve.”
And so they are set free,
After settling for a suitable fee,
They rise in the Commons and plea,
"More time with the family"
Reading their, scripted, statement of apology.

Meanwhile, a fifth column forms
These are not enemies of the people...
They are the lonely wise
Who looked up and saw,
The vulnerable and poor
And
Not a moment too soon,
Beyond the moon,
All our reflections in the deep blue sky.
Each yellow star, a prick of light mingled,
Interdependent, not one single.
They turn and ask us, “Why?” 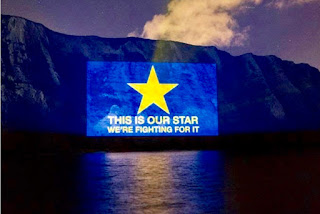 And a woman standing on another Tower
Begins to sing,
"For me, for us, for everyone and everything"

These bites are all sound
But do they speak to you?
Could there be hope after all?
Did you hear the woman's call?
They forecast more wind tonight
With a hard frost whoring in.
"Light the fire
Let the flames go higher"
If we hug closer, safer, warm, tight
Are we less vulnerable and small?

Turning away from such troubles
As our evening duties call
We must turn to our own vulnerables, small
And bend over our youngsters singing,
“Somewhere over the rainbow, way up high,
There's a land that I heard of once in a lullaby.”
Straightening we leave them safe, sleeping
Hearing our words repeating,
“Dreams that you dare to dream really can come true.” 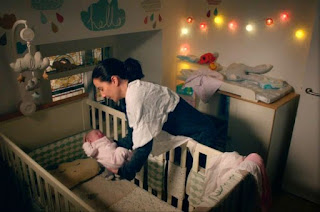 Yes, let’s dare to dream and teach them
How to face their darkest hours.
We can set their moral compass
On those ivory towers.
We can teach them to demonstrate, with care,
And, how to become aware,
When others oppress, abuse,
With alternative facts, fake news.
They will learn to prove that lies are obscene
That grassing up can be green.
Yes, they must learn to be tell-tales
And Whistleblow a wind
A breath of life, a righteous gale
To buffet those who sinned.
A hurricane of hope
As they shout truth to power.

Let this be our lesson
From that awful, burning Tower.


A fifth column is any group of people who undermine a larger group from within, usually in favour of an enemy group or nation. The activities of a fifth column can be overt or clandestine.