To get the best out of this it may be useful, for background reading, to listen to Melvyn Bragg’s “In Our Time” Podcast on Complexity Theory  here:  http://www.bbc.co.uk/programmes/b03ls154
and then read Professor Dave Snowden’s review here: http://cognitive-edge.com/blog/the-bunny-of-disappointment/


I listened to Melvyn Bragg’s “In Our Time” Podcast on Complexity Theory  here:  http://www.bbc.co.uk/programmes/b03ls154  on a long journey.
I was provoked in my view of the social world by Eve Mitleton Kelly’s wise comment, "We can ask human participants what they think...."  This is a long held preference of mine - to listen hard, frost to the folks inside the work we are scrutinising... rather than ponstificate from afar.   It's the observer as "The Trojan Mouse" rather than Dave Snowden’s “Bunny of Disappointment". "So, in making my sense first an image, a metaphor, or a maybe a truth...

And another... a more powerful image, experienced on a trip back from the Lakes.  A murmiration of starlings.... I often feel like one of those birds in a flying formation and, I reckon I'm not alone, I'm in there flapping, but unhappy with it. I know how this murmuration thingy works, or think I do, and know what I have to do to stay with the migration - follow my feathered friend in front and avoid banging into my neighbours.  I am accepting we are moving from where we are to where, and I sense, I hope, someone up front knows, where we are going.

But every now and then I fly off, on a maverick swerve of a loop to - feel free - test out my view of things and think... Could I? Should I risk it and go on, further and away from the flock?
This means that, in my work, family relationships, I am often alone and occasionally followed by a few others.  Other times, I see one of my kind, fly off alone and I follow.. wondering if s/he has found a better, a new direction.  I am, essentially, confused, or unsure and a little frightened when I am away from the mass of my contemporaries and so I tend to return to the group, for some kind of solace and then the frustration sets in again and wells up until I have that need to peel off again.
For example I am about to resign from the Labour Party again - I am always thinking of resigning from things... I have done it, feeling disloyal, as many times as I think I have given up smoking. A symptom of how I feel surfaced in my book of poetry, "Desire Lines" that surfaced, ten years ago from my romantic brain.  Desire Lines are the paths cut, step by step by those who dare to  leave the well trodden path.  See http://jpearceconsultancy.blogspot.co.uk/p/writing-desire-lines.html

That's why I first contacted Dave Snowden, as a free-flier, with some style, but we didn't break cake because he don't eat cake, he can't eat cake, yet I didn't know that when it was offered. How many paths end after these trivialities? Now to my reality - not so different to the metaphor. I came to, what I am starting to understand as Complexity, from a different standpoint, or should that be flypoint?  I have witnessed complexity and the complicated and am usually, at once, intrigued and bewildered. I have two main responses.

The first is to stand back and look at it - let it sink in and try to make sense of it.  Sometimes I think I can make sense of it (Dave’s Cynefin Model to now hand as a check) and then I enter the system with renewed purpose, tweak it and see if it improves. Sometimes, often times, it progresses - slowly. There are times when there is an immediate change for the better. I don't like slow but have come to accept it, although, not as quickly, or obviously as Dave.  I too often get angered by slow thinkers and frustrated at their pace. 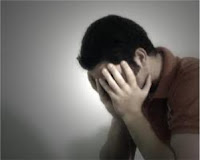 The second response, often in the midst of the first, is when I see an individual, or small group, who seem to be on an interesting flight-path. I warm to these folks, always have.  They may be designated leader, the cynic in the corner, the creative and divergent team, the devious, delinquent.  They are, in my mind, the freer flyers and in them I see a precious thing - potential!  A will, determination even, to get the thing going despite the system. A lot of my work is with these middle leaders.  Muddle leaders spellchecker corrected me once - I like that. Much, if not most of my successful work has been with free-fliers.

So, what am I getting to? Well my question - my thinking is about the individuals in the system and how we might affect, recharge, motivate, empower, enable, facilitate the thinking and actions of key individuals with potential IN the system. I wanted to hear from Bragg et al, ways, not to just how to describe the forming and formulae of formations but also any consideration of interventions, activations and actions on an of those individuals IN that crowd as it moved, obediently, through the building. Up to now, and it has been a long up for me, I have reified my thinking and practise into a model that, hitherto I’ve called simple, or in an attempt to inject some power – sophisticated simplicity. 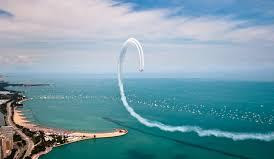 Now an airborne cul-de-sac, or learning loop-de-loop.  The first of my 2 key maxims is, "Keep it simple it will get complicated anyway, start complicated and you don't stand a chance".  The Our Time on Complexity really challenged me on that, "Who is this fool who looks at what we see and know as complex and calls for simplicity?  Isn’t he a simpleton."


So, am I a blind goose as I flap on?  I am, at this moment, clinging on to my hunch, hypothesis, infatuation, belief, until some reader really challenges me with a different path.  I have been thinking, for a while now that the complex is actually made up of a mass of simples. Furthermore, I am believing that many of the individuals who walk, fly, or work in systems are CAPABLE of changing it for the better. Even moreso and philosophically sensibly, "We do no harm in believing this - it is at least hopeful to believe this can happen".  I just sense that it is critical that we develop, up from a base of thinking individuals (that may start from one person), the CAPACITY for thought through change.  Indeed, my second maxim is, “Never, ever, underestimate the nous of those you work with.”  I really want these free-flyers to become free-thinkers because I believe this has to be better than the ouijaboard, emojiboard (thanks spellchecker again) approach to politics we have seen, most recently in the Arab Spring, Brexit and Trump phenomena.  In these mass movements, it seems that too many have flown along with the crowd, only to regret the consequences when they see the eagle has landed on their heads. 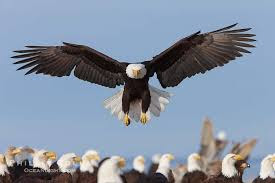 This is a major reason why I developed The iAbacus to be - yes a deceptively simple tool - but more importantly a process that sets the individual's hopes and fears within, alongside and, if necessary, at odds with the simple directional instructions from the Head Birds.  I designed this way of working, to start with each individual's vision, in order that he/she/they can make a better informed decision about their direction of travel, when they check out their judgements against the expectations of others.  We are always looking to find more iAbacus users who "get this approach".  My hope is that these are likely to be the transformational leaders who use it to refine, redirect and nudge not only their own work and lives, but also the group-think, even Gadarene surge, at worst mass hysteria, within their organisations.  Maybe we only need a few free-fliers for it to prove its value?  In other words… whilst there are systems in place that appear to be working, even at a low level, isn’t it possible to work from within and make significant excursions, fly-by experiments, nudges and inner movement trends that will have a significant impact on the organisation’s, system’s direction BEFORE the whole lot crashes around our ears in a mass of tar and feathers?

I suppose I am asking, in all this complexity, is there, in the Complex view of things, any space for iAbacus this maverick's Map o’Monday? That’s next Monday - we must start soon!
That is why iAbacus comes prepopulated with the expectations, criteria, flight plans of the Head Birds NOT just to be followed, mutely, but to be challenged, edited and modified to suit local circumstances. For goodness sake even those straight Roman Roads, go round the really big local obstacles. Surely having the Boss’s map to hand and suggesting deviations is better than rejecting the map and going solo into the unknown, unknowns.  In extreme cases the given directions may need to be replaced. On the other wing Head Birds get it right, probably more often than not, that's how we survive. In every case each individual's self-evaluation is helpful because any good leader will be chuffed when a colleague, after checking the direction of travel says, "Yes, I agree we are on course".  I guess each will fly with more enthusiasm too.

Our frustration with the worst iAbacus users is they often default and become slaves to the original, unaltered and faulty criteria map and so, may risk, at worst flying headlong into hillsides and storm clouds because they were just not paying attention.  They are not good because they obey orders, they will become better when they test them. I want them to be outstanding by being prepared to disobey or interpret orders. I want them to realise it must not get too late.  I want them to think now and act soon.  Even Baldrick had a cunning alternative plan.  In the end it’s little use crying, “Mayday! Mayday!” on the final, terrifying dive. Worst still, "I thought this would happen". 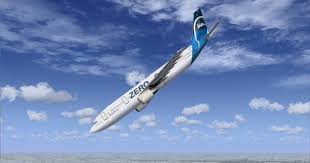 To see more about The iAbacus look no further than www.iabacus.co.uk