Yesterday I attended the second #DiverseEducators Conference @AureusSchool, Didcot,
It was a challenging, powerful and inspirational day
Here’s my take on it and, most importantly a Call to action….

WHY were we there?
Here are the reasons we gave at the start (using Mentimeter) 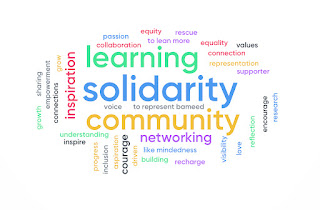 Led by the indefatigable Hannah Wilson ( @The HopeFulHT ) the day comprised a powerful keynote from inspirational Angela Browne ( @nourishedschool ) followed by workshops and ending with another stunning presentation by Iesha Small ( @ieshasmall )  A day packed with powerful stuff attended by well over 1OO diverse people.

There was honest storytelling and witnessing  - all painful to hear... exemplifying experiences of living in a society not yet relaxed about diversity.  It was intellectually, professionally and personally bruising... you couldn't help but breathe it in.  I was in a minority, rare for me..... a little, old, privileged, white man…. but I knew I could leave the conference and travel home alone, without any of the fears and watchfulness I'd been reminded of......  I felt, at times ashamed, tearful, frustrated and angry - that made up my hurt.  Thank goodness I was also inspired, impressed, hopeful and above all buoyed by the positive if snatched conversations with individuals....  Today, Sunday, I was going to take it easy but I can't... I remain driven to try and make a difference...and especially pass on some thoughts about turning HURT into PURPOSE... it’s what I try to do...but HOW might I help?

(For readers of my earlier BLOGs on Consensual Leadership – there is some repetition – jump to So What Next?

I'm increasingly frustrated, like many others, about the rise in apparent acceptability of what may be called macho, domineering, oppressive and authoritarian styles of behaviour in politics, business and, my own profession, education. Bullying, racism, abuse, rape, violence and threatening behaviour have, sadly, always been with us but, in recent years it feels like they have been on the increase.  Statisticians provide the numbers but we, the livers of our lives, know our feelings drive how we respond. Perhaps we are just noticing it all more.  Certainly, intemperate and oppressive behaviours are gaining popular coverage in the virtual and, perhaps consequently, our actual reality.  As people "take to the streets" in ever increasing numbers - the extremists capture the headlines.... It can be depressing and there is a huge temptation to look the other way, switch off... walk over the road to walk on the other side.

On the other hand there has been an increasing realisation, in many, that such behaviours should and must be challenged and there have been powerful examples of successful prosecutions of individuals who abuse, especially (but not exclusively) in the area of relationships and sexual relations. This has been the case in many high-profile court cases in the UK and US, to the extent that when sexual relations are not consensual they are deemed illegal.  The painfully slow increase in successful prosecutions for rape, abuse and coercive behaviour by men (and sometimes women) has been a cause for muted celebration. 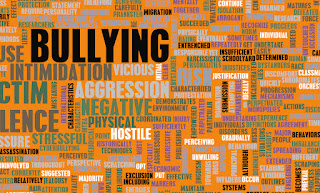 The brave movement #MeToo, led by offended women, has been responsible for highlighting this issue and causing a deep rethink, amongst women and caring men.  I wanted to explore a simple question.

So, this is a work in progress and I want to pay a special debt of gratitude to #WomenEd who first gave me a platform for asking the question and supporting the exploration of the idea and hopefully some answers and to Hannah Wilson ( @The HopeFulHT ) who asked me to run a workshop on making it happen.

Before looking at the materials please read the CALL TO ACTION

Below you’ll find a link to the materials – they are a work in progress –  but they explain.

CALL TO ACTION
Most will agree with the following quotation

"All that is required for evil to prevail, is for good men and women to say nothing."
(variously attributed to:  John F. Kennedy? Edmund Burke? R. Murray Hyslop? Charles F. Aked? John Stuart Mill?

But “saying something” is not enough what we do is critical.
Discussing, analysing and debating are important but in the end unhelpful.  Jack Nicholson's character in "As Good as it gets" says it best,

"Hey, I'm drowning here and all you're doing is describing the water!"

Philosophers, journalists, politicians, activists, artists, writers, poets all have place but unless there is a "Call to action" and someone: throws a rope; launches a lifeboat or holds out a hand the drowning will drown.. the failing fail.... the suffering will suffer and the dying will die. 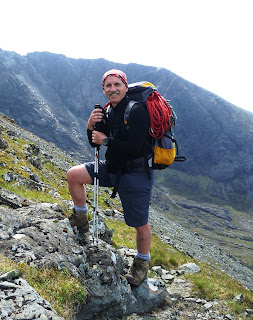 
I'm especially interested in collaborating in finding ways that the idea can be turned into positive, day to day, actions and activities by teachers, leaders and fellow citizens who feel that enough is enough and some new codes of behaviour need to be agreed (or old ones held in greater regard).  It is crucial that our educational provision not only raises the concepts of consensual behaviour, tolerance and respect and but also teaches our young citizens how to turn the concept into more of a lived experience by thinking critically and acting with care.