What is Jeremy Corbyn unleashing?

In this BLOG written in the early stages of what was later called "Corbynmania" I wanted to explore its origins, the links with education and especially that debate about British Values.

I was challenging my own and others complacency by asking - shouldn't we all (and educationalists in particular) became less afraid of discussing politics?


Something rotten in the state of Britain?

The British Establishment’s status quo is being challenged hard by recent events and whilst many are defending it and I want to be able to, our leaders seem to be losing it across the board, with one significant exception. 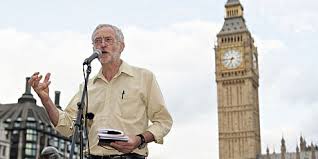 I’m referring to The Establishment as our institutions in politics, religion, education, business, sport, police, legal, financial and community.  There is obviously a rising discontent, an anger about “recent events” which is causing the apathy, so powerfully set aside in Scotland last year, to be cast off elsewhere too.  I’m thinking of actual, or alleged, failings of Establishment institutions and figures including: MP expenses, doping in sport, banking crisis and bonuses, paedophile rings, corruption etc feel free to add your own contentious issue here.... 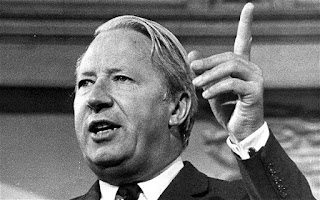 We are simultaneously witnessing an awakening in the Labour Leadership Election which, unless it is recognised, understood and harnessed as an organic evolution, by The Political Establishment as a whole, could yet become a seething discontent, even, potential revolution.  The general public get to know so much about such a wide range of failings and it is hurting a deep sense of justice.  We feel let down.  Our values are being tested.  Could our real “British Values” be discovered through this? 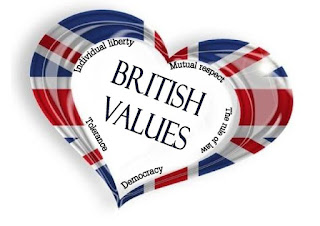 The undoubted, public failure of significant elements within The Establishment make some pessimistic.  I want to argue an optimistic way forward.  There is a real opportunity here to clarify what our values are.  I’m not thinking of Michael Gove and David Cameron’s panicky promotion of “British Values” after that Trojan Horse was wheeled into Birmingham Educational Bullring – that was a mere sideshow.  I’m thinking of a deeper and wider quake I sense when reading, watching and listening to loud voices in the media of all kinds but also in face to face social discourse.  Most worrying are the frightened whispers and the deafening silent majority.  The silent majority include those that ignore, or store, strong opinions, or are just waiting to be influenced. I’m beginning to sense that for too long these silent lambs have been taken for granted, or worse.  They are often labelled apathetic but we now know they can be woken up and their votes do count - Ask Nichola Sturgeon. 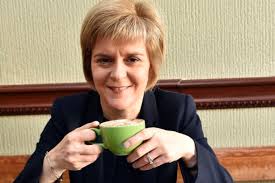 More than the Labour Party?
Most importantly I’m beginning to sense that the Labour Leadership contest is becoming about much more than “just about the Labour Party”.  It has, in the last week, become a touchstone to some kind of potential action for change. Why? Because it is clear that Jeremy Corbyn is mining a rich vein of positive public opinion precisely because he is espousing clear values and offering an outsider and underdog’s approach to mend broken politics. Listen to him talk - this is not only energising activists in the Labour Party it is also generating comment and opinion from across the political spectrum.  He is also touching at some pretty deep, well established values that echo what many believe. See 9 Jeremy Corbyn policies that most people actually agree with  There is gathering evidence hinting at a seismic shift in political thinking – not just in the Labour Party.  So, where do you stand on all this? 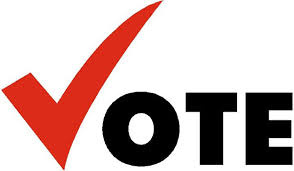 Why not to be afraid?
Before I comment further – I have a fear.  Does this same fear mute the silent majority?  It may yet stop me pressing PUBLISH this BLOG and move onto a more prosaic activity: stuffing a tomato, defluffing the tumble drier or building a Tree House.  Why? Because parading values, philosophy and politics can upset acquaintances, friends and business contacts and the latter can cost money.

Let’s be clear we ALL have values. They are observable in our everyday actions, in our creeds, our holy books, our favourite poems and songs, our school curricula. I taught them for years and still promote and write about Spiritual, Moral, Social and Cultural Education.   “Do not talk politics or religion” is a British Value I am often chided by but speaking up might win friends and influence people too...

For most of us what we say we believe and what we do differ.  What is an acceptable variation? Ask Lord Sewel.  Maybe we should dig out and dust off our values and have a whether check - whether what we say we believe in our Holy Places, Schools, Homes, Parliament, Business, Clubs matches our everyday actions.  By the way I can sell you a powerful piece of software that does just that here  It allows us to match our values, or criteria for success with our actions.  I’ve argued for years that it’s good to clarify our own values and think through the consequences of holding them before someone imposes theirs without you even realising it.  It is by degrees we become compliant – boiled frogs, good men and women remaining silent whilst evil prevails.  We should have asked Jimmy Saville. 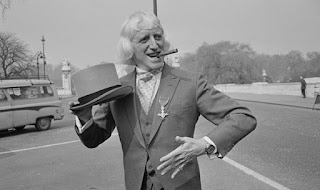 A So-Shall Media?
The rise of so-shall media (So this happened Shall we do something about it?) allows millions with time and tools to broadcast, forward and comment on: audio-visual information, from and to anywhere, anytime, globally.  This blowing in the wind is informing, titillating and inciting breezes of interest and viral typhoons of protest to fuel uprisings, movements and revolutions. The first powerful example was the Arab Spring in 2010.  We could see and hear the uprisings as they happened.  It was exciting. It seemed to make a difference, where previously we knew, “things were not quite as they ought to be” and did nothing, there was a real sense of personal involvement.  This heady sense of playing a part in toppling an establishment with 140 Characters, 2,000 signatures seems so easy.  Many of us now feel, or at least hope that, we can create a trend, start a viral movement and maybe ignite an uprising.  Others are happy to forward, like and retweet, at the twitch of a digit. Some even comment and amongst those a minority are abusing trolls who cheapen argument.  It’s much more exciting and easier than walking to a polling booth to draw a pencil cross next to a name.  It feels like a new kind of democracy but in our excitement we are deluding ourselves. Whilst we might support and promote a coup with a keyboard we can never build a new regime with that little device in our pocket – it is not that smart.  The only real change comes from what those who are successful at the ballot box do.  And what they do depends on what they believe. Ask Google. 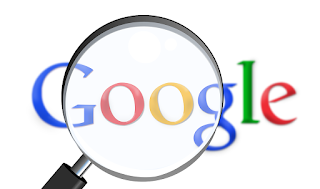 A rethinking of British Politics
Maybe we Labour Party supporters in our post election fragility have conflated the urgent need to elect a leader with a desperate need to rethink our values and policies. We should ponder whether leadership and values are one and the same. Ask David Cameron. 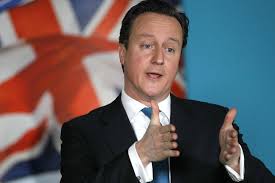 We’re seeing Jeremy Corbyn (note he is no establishment figure) cutting through the rotten state and attracting huge interest and excitement. Whatever happens he has had a massive effect.  Politicians across the spectrum are noting he has tapped into something big, very big. He’s gained a chunk of that silent majority.  Many observe he has done this by demonstrating that good political leadership is first about having beliefs and policies, whilst recognising the need to convince others to make it happen in finely judged compromises.  The opposite and previous approach, by both mainstream parties, was blur your beliefs, glean the mean of public wants and echo it loud.  That’s “mean followership” and Election 2015 demonstrated we’re sick of it.

As the real prospect of a Jeremy Corbyn leadership looms, I'm really interested in how the three other candidates and politicians beyond labour are responding to his soliloquy. It varies from a blunt refusal to serve in a cabinet of his, through abuse to discussing his policies.  These, set against JC's calm thoughts about an inclusive cabinet, in the Observer this week, are a telling peek at what may yet be.  Because, "it's democracy stupid", the election of a leader is only the start and, it's not necessarily the same process as selecting the policies and designing strategy. Indeed, one of the most difficult tasks of any leader, with strong policies, is pulling along those, in the team, organisation and country who do not fully agree. That’s about involving significant others on a sofa, in a cabinet and, if he is to believed, when Jeremy Corbyn is elected, with MPs. Then it will be about winning the debates in parliament.

Now we know MPs are worried and it’s not just labour MPs.  They watched ex-colleagues ignore constituents and fail at the ballot box. They also know now that most of their constituents agree with Corbyn including: renationalising railways, 75% higher tax, international ban on nuclear weapons, rent controls on landlords, living wage, and reinstating student grants.  See 9 Jeremy Corbyn policies that most people actually agree with  We can already witness these policies having more air time. 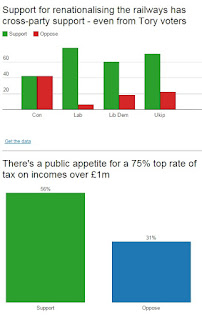 A Labour Party Government in 2020
Here we are then. The Establishment is stumbling across its various institutions: politics, religion, education, business, sport, police, legal, financial and community.  It is depressing.  It’s a few weeks before the Labour Leadership Election and one man, a previous maverick, appears to have monopolised the owning of a thought through set of values. He speaks of hope and change.  His own party enthuses or abuses, his contenders ape him, or arrive too late with their “this is what I really believe” values.  Meanwhile the Tory party crow and arrogant Labour has-beens spray politically correct and sanitised sound-bites.  Standing separate Jeremy Corbyn, with the undoubted help of so-shall media, has cut through the establishment crap and is reaching up to burst the Labour and potentially the wider establishment balloon.

So, in the absence of any other coherent policy sets, I'm predicting: Jeremy Corbyn is elected Labour Leader, he involves his party in making those finely judged compromises and Labour seeks election, most likely with Jeremy Corbyn, not as leader but as contented architect, in the cabinet.  Democracy senses hope and rears its beautiful head.  And unless the other parties learn from what he has done and is doing - a Labour Government may well be elected in 2020 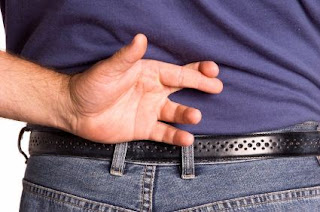