Students' History of our World...

I was going to write a serious BLOG today - Then I lost the will to be sensible....

An important point before giggles.  This morning I received an email from Lisa, a good friend in the US, containing some familiar exam howlers.  Prompted, I looked up a compilation of these I put together a few years ago.  The first of these appeared in the Daily Mail in 1917 as examples  of, "How the young generation are illiterate and much needing of a good education".... Hmm...

And, lest, we educated adults, forget, we all experience mis-learning.  Come on be honest! Just one example of a personal howler... It is 1970, I am an NQT, an English specialist, in the staffroom.  We are discussing "Lord of the Rings" I reduced the room to hilarity when I said, "Well, some of the credit must go to Tolkein's translator....".

What personal howler makes you blush?

Students' History of the World
Compiled from examination and essay howlers I found plus a few I met as teacher...

The inhabitants of  were called mummies and they wrote in hydraulics. They lived in the Sarah Dessert and travelled by Camelot. The climate of the Sarah is such that the inhabitants have to live elsewhere, so certain areas of the dessert are cultivated by irritation. The Egyptians built the Pyramids in the shape of a huge triangular cube. The Pyramids are a range of mountains between  and .

The Bible is full of interesting caricatures. In the first book of the Bible, is called Guinness, Adam and Eve were created from an apple tree. One of their children, Cain, asked "Am I my brother's son?" God asked Abraham to sacrifice Isaac on . Jacob, son of Isaac, stole his brother's birthmark.  Jacob was a patriarch who brought up his twelve sons to be patriarchs, but they did not take to it. One of Jacob's sons, Joseph, gave refuse to the Israelites.The natives of Macedonia did not believe in Paul, so he got stoned.

Pharaoh forced the Hebrew slaves to make unleavened bread, which is bread without any ingredients. Afterwards, Moses went up on  to get the ten commandos. David was a Hebrew king skilled at playing the liar. He fought with the Philatelists, a race of people who lived in Biblical times. Solomon, one of David's sons, had 500 wives and 500 porcupines. 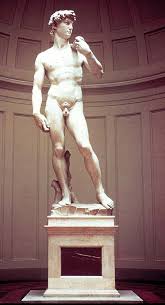 The Greeks were a highly sculptured people, and without them we wouldn't have history. They invented three kinds of columns - Corinthian, Doric and Ironic. They also had myths. A myth is a female moth. An example of Greek myth is Jason And The Golden Fleas.  Another myth says that the mother of Achilles dipped him in the River Stynx until he became intolerable.  Achilles appears in "The Illiad", by Homer.  Homer also wrote the "Oddity", in which Penelope was the last hardship that Ulysses endured on his journey. Actually, Homer was not written by Homer but by another man of the same name. Socrates was a famous Greek teacher who went around giving people advice. They killed him.  They did this by forcing him to have an overdose of wedlock.  After his death, his career suffered a dramatic decline. In the Olympic Games, Greeks ran races, jumped, hurled the discourtoous , and threw the java. The reward to the victor was a coral wreath. The government of Athens was democratic because the people took the law into their own hands. When they fought the Parisians, the Greeks were outnumbered because the Parisians had more men.

Eventually, the Ramones conquered the Geeks. History call people Romans because they never stayed in one place for very long. At Roman banquets, the guests wore garlic in their hair. On one occasion it was terrible when Pompey was destroyed by an overflow of saliva from the Vatican. Julius Caesar extinguished himself on battlefields of . The Ides of March killed him because they thought he was going to be made king. Dying, he gasped out: "Tee hee, Brutus".  Nero was a cruel tyranny who would torture his poor subjects by fiddling with them. 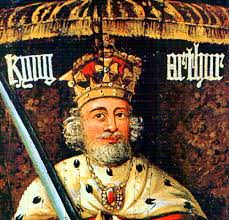 Then came the Middle Ages. King Alfred conquered the Dames, King Arthur lived in the Age of Shivery.  King Herod mustarded his troops before the Battle of Hastings,  Joan of Arc was burnt to a steak and was cannonized by George Bernard Shaw, and the victims of the Black Death grew boobs on their necks. Finally, the Magna Carta provided that no free man should be hanged twice for the same offence.

In mid-evil times most of the people were alliterate because the had the same names as their jobs. The greatest writer of the time was Chaucer, who wrote many poems and verse and also wrote literature. Another tale tells of William Tell, who shot an arrow through an apple while standing on his son's head. In the Middle Ages people lived in mud huts and had rough mating on the floor.

The Renaissance was an age in which more individuals felt the value of their human being. It was an age of great invertion and discovery. Martin Luther nailed faeces to the church door at  for selling papal indulgences. He died a horrible death being excommunicated by a bull.  It was the painter Donatello's interest in the female nude that made him the father of the Renaissance. It was an age of great inventions and discovery. Gutenberg invented removable type and the Bible. Sir Walter Raleigh is a historical figure because he invented cigarettes and started smoking.  He was well known for playing with his bowels when the Spanish Armadillo came.  Another important invention was the circulation of blood - it goes down one leg and up another moving through veins and arteries and eventually ends up in little caterpillars at the ends of your fingers. 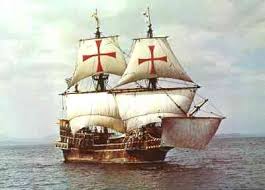 The government of  was a limited mockery. Henry VIII found walking difficult because he had an abbess on his knee.  Queen Elizabeth was a virgin but as a queen she was a success. When  exposed herself before her troops, they all shouted, "Hurrah". The greatest writer of the Renaissance was William Shakespeare. He was born in the year 1564, supposedly on his birthday. Shakespeare never made much money and is famous only because of his plays. He lived in  with his merry wives, writing tragedies, comedies and errors, all in Islamic pentameter.  In one of Shakespeare's famous plays, Hamlet rations out his situation by relieving himself in the middle of the stage, it is called a long soliloquy. In another paly, Lady Macbeth tries to convince Macbeth to kill the King by attacking his manhood. Romeo and Juliet are an example of a heroic couplet.  Romeo's last wish was to be laid by Juliet. 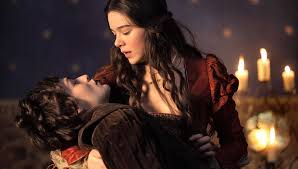 Writing at the same time as Shakespeare was Miguel Cervantes. He wrote "Donkey Hote". The next great author was John Milton.  wrote "Paradise Lost." Then his wife died and he wrote "Paradise Regained." During the Renaissance America began. Christopher Columbus was a great navigator who discovered  while cursing about the . His ships were called the Nina, the Pinta, and the . In the middle of the 18th-century, all the morons in America moved to Utah.

Meanwhile in , the enlightenment was a reasonable time. Voltare invented electricity and also wrote a book called "Candy". Gravity was invented by Isaac Walton.  It is chiefly noticeable in the Autumn when the apples are falling off the trees.  Bach was the most famous composer in the world, and so was Handel.  Handel was half German, half Italian and half English. He was very large. Johann Bach wrote a great many musical compositions and had a large number of children.  In between he practised on an old spinster which he kept up in his attic.  Bach died from 1750 to the present.  Beethoven wrote music even though he was deaf.  He was so deaf he wrote loud music. He took long walks in the forest even when everyone was calling for him.  Beethoven expired in 1827 and later died for this.

was in a very serious state. The French Revolution was accomplished before it happened. The Marseillaise was the theme song of the French Revolution, and it catapulted into Napoleon. During the Napoleonic Wars, the crowned heads of  were trembling in their shoes. Then the Spanish gorillas came down from the hills and nipped at Napoleon's flanks. Napoleon became ill with bladder problems and was very tense and unrestrained. He wanted an heir to inherit his power, but since Josephine was a baroness, she couldn't bear him any children. Madame Pompadour gained in power while being placed under the king.  The Mona Lisa was the most beautiful woman ever to be laid on canvas.  At this time Merchants appeared and roamed from town to town exposing themselves and having big erections in the countryside called Country Fairs

The sun never set on the  because the  is in the East and the sun sets in the West.  Queen  was the longest queen. She sat on a thorn for 63 years. She was a moral woman who practised virtue. Her reclining years and finally the end of her life were exemplary of a great personality. Her death was the final event which ended her reign. 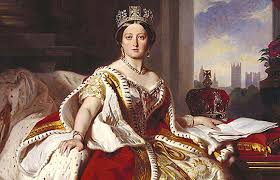 The nineteenth century was a time of many great inventions and thoughts. People stopped reproducing by hand and started reproducing by machine. Samuel Morse invented a code for telepathy. Louis Pastuer discovered a cure for rabbits.  Charles Darwin was a naturalist who wrote the "Organ of the Species".  Madman Curie discovered radiators. Eddy Stone invented electricity by rubbing cats backwards and forwards on plastic.  Yogi Bear invented the television and Karl Marx became one of the Marx Brothers.  The First World War, was caused by the assignation of the Arch-Duck by a surf.  This ushered in a new error in the anus of human history. 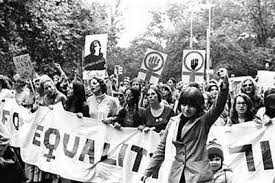 And now we have the present today but it will soon be history.  But in this age of equality where so many women are fermenting it should be called herstory because, you must remember it is not all about men.