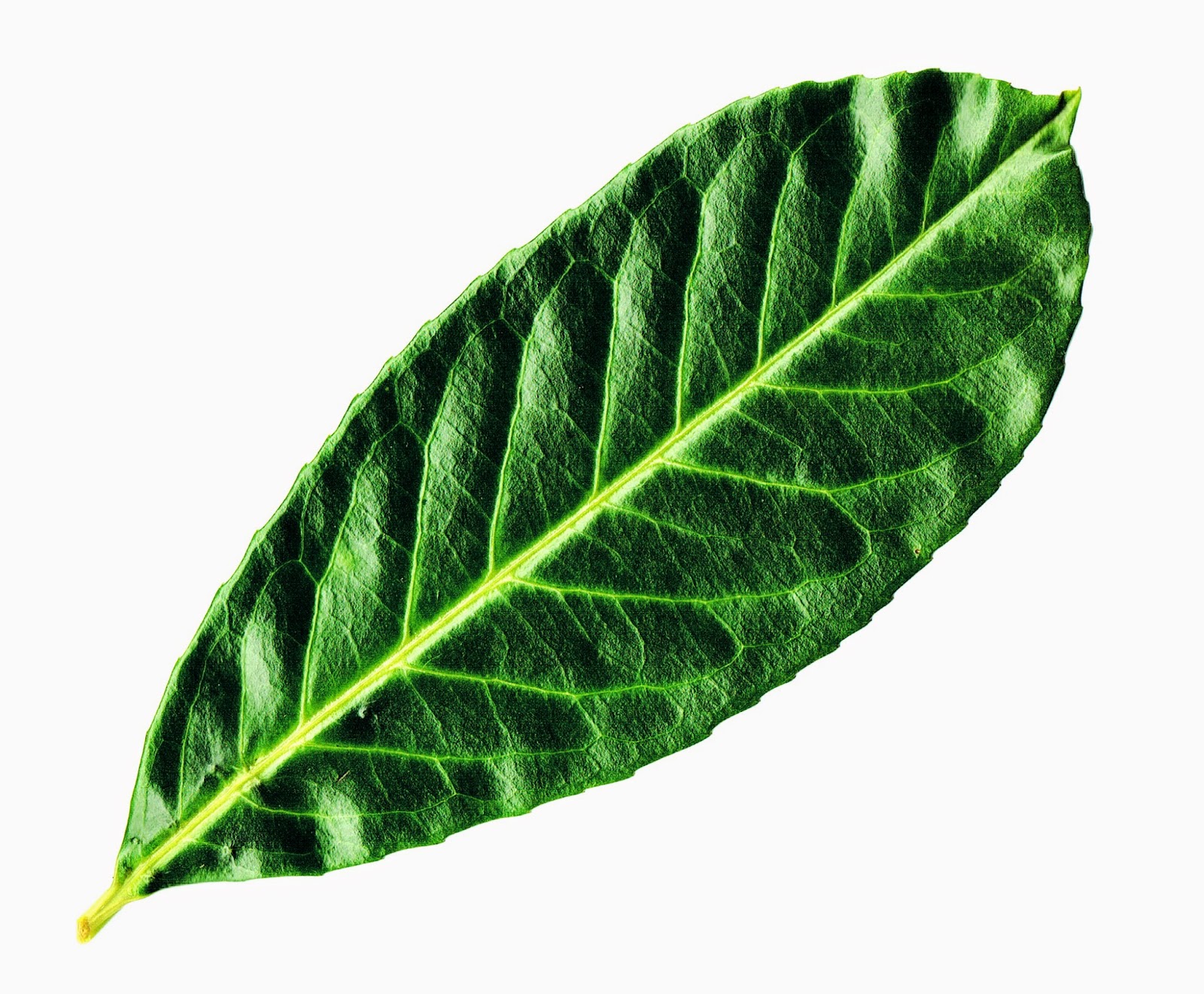 I wrote this true short story in 1998 and I'm so glad I did what I predicted at the end.  It was published, together with poems in “Desire Lines" in 2008. The Leafman became an alter ego and my BLOG title as I tried to think and talk a more common sense.

This is a true story.  It happened as I drove to a meeting, urgently waiting for the car in front to overtake the tractor, which was slowing down the traffic and making me late. He came into view and I will never forget him. With a bouncy stride, looking sideways and up, he made his way along the grass verge of the A60 towards Nottingham. He wore a clear, fleshy, condom-coloured supermarket bag upon his head, and his beige woolly jumper (was it home knitted?) had a ruffle of fern fronds around the neck. He was in his mid-fifties, with a ruddy complexion and had a thin, athletic body. He carried three more supermarket bags, stuffed full of leaves and undergrowth and he swung them wide and high, as part of a purposeful march. I knew the bags were full of leaves because, in the few seconds before I drew level, he had suddenly stopped, put down his bags, stepped into the deeper grass and begun pulling handfuls of leaves and plants from the verge, stuffing them into his bags. But I was soon past him, unable to see more of this weird performance. I drove on and after an amused chuckle said aloud to myself," What a madman!" Perhaps it is odd but I rarely make a sound when I am on my own in the car, does anyone? Of course I sing a little along with the radio, or cassette. When I do speak, it's usually to remonstrate with an announcer or politician who has said something significantly stupid, or sensible. Only the extremes tempt an out-loud comment. So, The Leafman, as I came to know him, had a strong effect upon me. At that time I totally underestimated the impression he would be making on my life.

Eventually, I arrived at County Hall and after a couple of hours, in the routine, predictable, sterile and hot meeting, found myself thinking of the Leafman, out there in the fresh air. The meeting had turned out to be (why was I surprised?) a taking of more of my time. I had even rushed to be punctual. As I sat there in the air-conditioned room, I wondered what the Leafman had been doing. Looking at the sunshine on the trees and river outside, I mused that maybe "ignorance is bliss" after all. Then, I forgot about him and I suppose he would have slipped from my consciousness. But, when I drove back to my office on the return journey, there he was again. He had travelled a good three miles and by now, his hat was in use as a fourth bag and the fern ruffle had disappeared. Somehow, he looked even more purposeful. He looked more normal. He knew what he was doing. I drove towards him, very much more aware of him this time. Whether it was because I slowed down to see more, or whether he sensed I was aware of him I don't know but, as I drew level, he looked at me. He just smiled and turned slowly back to his collecting as though he was demonstrating something important to me. I drove on, now conscious of a relationship developing in my mind. My new car, relative wealth, smart suit, perfumed, clean-shaven face, good job, house and home, family and friends versus his tramp status (or was he a rich eccentric?). This was getting silly, self-indulgent, I was comparing us, noting the differences.

I then thought of the boot of my car with its boxes of files, my briefcase stuffed full of notes and reports - there was even a supermarket bag containing a set of papers! Were our bags and collections, our daily routine that different? What if I replaced my papers with his leaves? What if, when the next management meeting came, at an early agenda item, I were to stand up, move to the front, place my briefcase on the table and say, with deliberate tension and irony, using the language of the moment,"I have in here a critical contribution to flesh out our context. It meets the spirit of our mission, the aims within our vision statement and, I hasten to add, the success criteria within the targets of our performance plan. The material I have collected and wish to present to you all today is all green, environmentally friendly, recycled produce and will, I believe, make a significant impact on our working practices!"

Then, what if I was to open my briefcase, gather up handfuls of his leaves and ferns and grass and twigs and toss them up - up, arms outstretched into the striplit ceiling and watch them fall, like an early autumn, onto the conker coloured mahogany boardroom table? I could hear the crackle of twigs and soil, the softer crunch of ferns and the tapping leaves as they finally came to rest in the silence of the room. What would have happened? What would they have said? It would have been too much - well over the edge of eccentric behaviour and anyway, I wouldn't be able to follow it up with any logical comment. I would have been politely helped to a chair, poured a drink. It would all have ended in some embarrassed excusing. Soon it would have been explained by stress levels, jokes gone wrong and before long, with me present or not, the meeting would have continued, as though nothing of any significance had happened. A rhythmic pattern unbroken.

With this in mind, I tempered my initial thought. What if, after the same introduction, I drew from my neat briefcase just one perfectly formed green leaf for each member of the board and walked round the table carefully placing it on top of their papers? And then made an enigmatic statement,

"This, is a simple reminder of the real world, out there, where beautiful things are made efficiently, do their work, decay and return as future nourishment whence they came. We should aim to create the same simplicity, efficiency and beauty in all we do. We should look at what we do, with a view to doing it better. We should do less well rather than more badly."

Now that might have an impact - they would surely sit up and listen to that. That would get them thinking beyond the steel walled box of convention. But, again, what would follow? How long would this dramatic effect last? I didn't do either, of course. We don't do we? No, I yawned and drove on, back to the office and continued my paperwork. Later I did tell a couple of colleagues about the Leafman, they laughed and one said I should try to write it all down.I haven't seen the Leafman since but I do think of him, often. I wonder what he could be doing, about what he really is like. I have even thought of going to look for him. He has become a kind of alter ego for me, a madman in the mirror, a more earthly reflection of my professional self. I visualise him as someone who has stepped off the main way and feel pleased I was able to glimpse him whilst he still inhabited the soft verges, before turning into the woods.
And strangely, I think it is coincidence, I won't be working for the Local Authority for much longer. The opportunity came and I decided to take my pension early and leave. I'd like to pretend that The Leafman helped me make up my mind but I can't in all honesty say that it was like that. But I do know one thing, I will be walking in the woods more often and I have made a promise to myself - I will smile when I come near the roads.
John Pearce 1998
POSTSCRIPT 2021
Looking back, this sighting and the writing of the poem and short story, accompanied me as I was leaving a job that did not fit.  Over the next 23 years I have recaptured both fulfilment and even harder work, plus a greater love of woodlands and mountains.  In some very real ways I have become more of The Leafman and less of The Bureaucrat I was becoming.  So, yes, I often smile as I trek along roads and look into the eyes of travellers in machines. I wonder if I might have a similar effect on them?  Most, of course, pay me no attention at all.
I had started my epic poem The Tower, in 2010, 12 years after I saw him. It's an eerie sequel to this story.  I only completed it in 2021 and The Leafman makes a guest appearance in it.