A Musical Metaphor for discussion and argument. 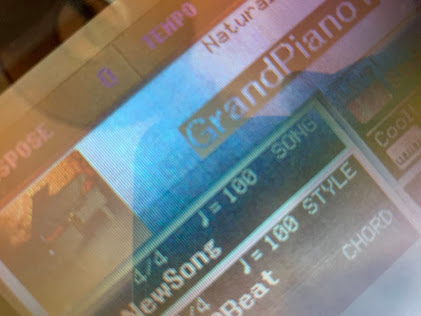 A musical metaphor for discussion and argument

Social media, The National Press and TV News is bursting with different thinking, conflicting views. Ponder on recent events: "Brexit", "Trump", "Covid Responses", "The Meghan Markle Interview" and this week-end... "How the Metropolitan Police handled "The Clapham Common Vigil" after the murder of Sarah Everard. Each struck very different chords for different people... Lots of the "argument is war" metaphor at play. Where was and is the music?

I have often thought we could change the aggressive metaphor - Argument is War!
Why not try, at least to reclaim, a more harmonious, "Discussion is music"
With thanks to George Lakoff, Mark Johnson and Andy Brogan *

How well do we deal with comments that are "out of tune" with our normal thinking? Do we reject them as discordant, bad notes, out of tune within our echo chamber? Or do we seek ways to find some kind of harmony by incorporating new thinking in a different key? Can those new chords work? How do we resolve discord? Isn't there a danger we find it just too easy, even joyful to sing our favourite tunes, in our favourite places, with our favourite friends, who agree with us...

Here it is... Effing Metaphors - a piano piece

It started as a giggle - a humorous composition, an improvised musical metaphor, for a reasonable discussion, in an echo chamber, between folks who are composing, their line of argumental melody. Suddenly, unexpectedly, a new comment, seems out of tune, discordant. What to do?

I wanted to explore when, and if, a bad note can become a good one. Hear what you think..

As you listen, think of a pleasant discussion, interrupted by comments that jar, out of tune, with the accepted and developing melody. Such notes can be folded back into the melody and harmonise within it... often these incorporations enhance the piece.... Sometimes, as we discuss, or improvise in discussion, or an instrumental piece, we feel the need to reject an obvious bad note... We want our music, like our discussions to be tuneful.

For the musically minded...

I play with E&F, especially, at one point, as I love how they sound discordant together, and so much better just a little apart... I wanted to test how our ears can "learn" to correct an impression. Hence the title. "Effing Metaphors".

It's easier, and more fun, to demonstrate the discussion metaphor in music, rather than words...
Remember, "Where there is discord, let us bring harmony" (OK, that's a bad example)

Maybe we should listen again to the discordant, and try to fold new notes into a melody of agreement and create more harmonies... (careful John, you're approaching fingers down throat time now...)

Maybe we should discuss more in an improvised jazz, frame of mind? Rather than insist on replaying the predictable, known sheet music. Maybe Jam, with others more often than singing from the same hymn-sheet. 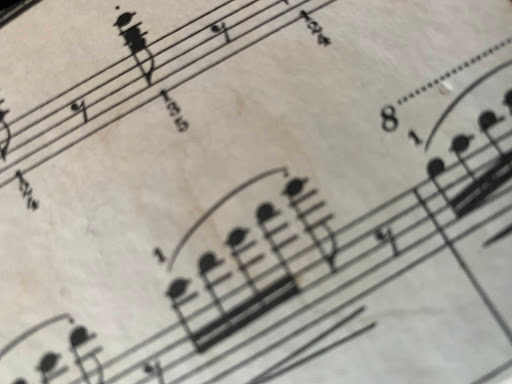 Certainly, we'd do well to let others into our echo chambers to make music with us, not war... Do we dare knock on the doors of new echo chambers and music studios?

And... perhaps be mindful - Timing is all. Think of the times when we stood up, in the midst of the orchestra, or band, to play that wonderful solo we had in our heads.... and all there was discord, and then a slow cacophony down to silence. We sat down, withdrew, and the band played on.

Or, perhaps most importantly, it's how we react, when we see an individual, hesitating, offering to play a solo and we see our fellow instrumentalists readying themselves to play louder to drown out this new, unwanted sound. 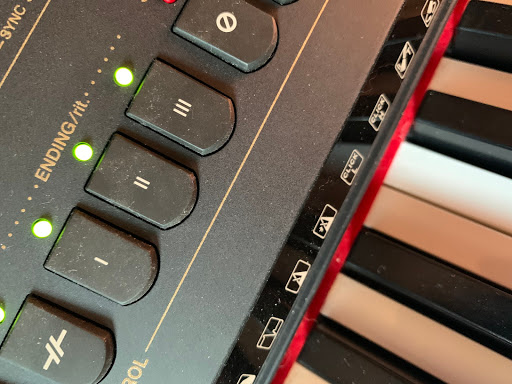 * There is a great book that had a profound impact on me, when I first read it, "Metaphors We Live By" by George Lakoff and Mark Johnson. Essentially, it argues, we try and use metaphors and allegory, even stories to describe our world. There is a but.... a big but... a huge but in my head.... that the metaphors we choose delineate our thinking and mould our future behaviours. Lakoff and Johnson pointed up one metaphor, in particular - discussion, becomes argument and "Argument is war!" Accepting that we say things like:

"He attacked their weak argument"
"What you just said was indefensible"
"She demolished his argument"
"Don't take the moral high ground"
"He was shot down in flames"
"You're missing the target"
"Are you going to fight me on this?"
"That idea bombed didn't it"

I remember thinking, then, we should reframe argument as discussion and use the metaphor of music and dance - when we can.

* Andy Brogan is convenor of the "Next Stage Radicals" Facebook Group.
at March 15, 2021