A short story from Desire Lines  click to find

I wrote this short story in 1984 and was reminded of it during a discussion with a valued group of colleagues yesterday (Next Stage Radicals) so I wanted to share it, at least with them.   It goes to a sense many are having about the relative inaction of governments, not just in the UK, but around the world, who seem to be losing a moral, or ethical purpose.  They seem to pay only lip service to any real, meaningful action on the big issues but focus on personal gain and short-term headlines. What's worse, perhaps, are too many voters, who have lost any sense that they can make a difference.  Have we learned helplessness?  Have we lost the drive to care? \
Can we see where the path we are on is leading?

Sometime in the future, unless you care, the sun will rise one morning with a great show of blood red.  Rivers of this dull light will flow down the grey buildings and search out the shapes of this futuristic city.  Few people will wake to greet the sunrise.  A sunrise, a thing of beauty, will not be valued, beauty does not mean much to some people even now.  Besides, the people who like looking at sunrises will have a video of one in their apartment. 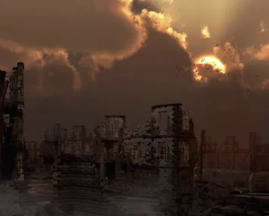 The few windows in the city are high above the street level, deliberately more than a stone’s throw from vantage points, or other windows.  Most are shielded by regulation blast and radiation-proof shutters.  Large, identical, well-spaced towers, like huge gravestones, meet the eye.  Steel doors occasionally break their flat, grey, concrete surfaces.  As high up as can be reached, they are pockmarked and sprayed with primitive drawings and messages.  None are obscene because once forbidden words are now in crude and common use.  Besides, people who like plain walls and censored writings will have these in their apartments.

Dominant sounds are the whispering cackle of wind-torn plastic containers and paper rubbish.  No grass grows within the city walls; it was trodden to mud by a million footsteps and concreted over long years ago.  Even adults in this city do not know of the feel of grass underfoot.  Remembering eyes can spot giant tubs full of grit and stones, where once bushes, flowers, and saplings had been planted.  These have been uprooted and their replacements’ thin, green stems snapped so often that the city organisers ceased planting generations ago.  Green and growing things are only to be found beyond the city wall where woodlands flourish but no one ventures there, lest the strangers or unemployed, or others, should attack.  No one, in living memory, who has left the safety of the city, has returned.

A starling flies its ragged way from building to building and sings a monotonous note, it has little to mimic.  Unless you care, birds other than the selfish starling will not survive.  Besides, people who like birdsong will have tapes of birdsong in their apartment.

There are a hundred identical cities in the country and a million identical apartments in each.  A preferred standard family quartet, of male and female guardians, plus a boy and a girl inhabit all apartments.  At the appointed time computers softly bleep and switch on breakfast equipment and communal generators whirr, as power is sucked from them.  Later the central locking system loosens airtight seals and the guardians are able to slide living room doors open.  Leaving the young at home, they leave the apartments.  They merge into frightened groups but set their faces to unsmiling, to cause fear in others.  Groups are safe, single people are likely to be attacked.  No police force will help them, and unless you care, it will be against the law to intervene.

Work is done by the guardians in large, low buildings away from the apartments.  Translucent fumes spew out of tall chimneys, rippling the horizon of fresh aired, green hills far away, outside the city walls.  Besides people who like clean air have air conditioners in their apartment.

The descendents of those who had timeshares in the original walled estate now eat and live in this city.  Those who refused to contribute to the venture, over time, were deemed others, the unemployed, unemployable and undesirable.  They were put outside those first low walls.  Now the City Organisers manage, a Virtuous Triangle for each citizen – it is easier to explain than democracy and works on a simple “input for output” model.  The three elements of the Citizens’ Bond are: Food for Opportunity; Apartment for Administration and Media Access for Education.  So, citizens have a right to Food and lodging if they take the Opportunity for work and some responsibility for Administrative duties, including waste and recycling.  A family’s input of Educational responses, during the day creates an output of entertainment Media to their screens in the evening.  Thus the triangle is complete.  In one of the long low Opportunity Buildings food is processed.  It is augmented with synthetic proteins and additives and much is recycled from waste.  Administrative Police patrol the wall, their only duty.  It is easy work, for no one has tried to enter, or exit, for years. The City Administrators do not know how the others outside survive and, unless you care, no one will.

The working day is ended by a single tone from a siren. Starlings echo this tone in their hundreds and gangs of workers go home to safety and close their doors.  Telescreens change to multi-media entertainment and the working youth are free from educational output.  Many go out and loiter in the passages and walkways to play, talk and fight under blue arc lights.  They can do no damage, except to each other and the equation is like this: stay in stay safe, go out risk hurt.  No one cares for the well-being of those who are out and, unless you care, no one will.

In the apartments guardians and remaining children watch flickering screens, listen to tapes, or thumb through picture books.  These people are not the same as us - they do seem strange.  It could be their skin lacks lustre because of the artificial light or perhaps their eyes are dull because of the viewing.  Certainly, they are different, almost as if they do not care, or even know how to care.

Slowly, the sun begins its change from yellow to red and darker to maroon, as it settles on the horizon.  This is a wonderful and uplifting contrast with the light blues of the evening sky for the one who looks.  For a few seconds, everything is soaked in red and then blackness draws in after an uncertain twilight.  The arc lights blind in a moment of brilliance and dip a warning signalling five minutes before curfew, when the last apartment door slides closed and central locking whispers the last clean air from the radiation seals.   All is silent, except for a dull rumble of radar panels, turning their slow, pirouettes of paranoia.  Each is connected to carefully preprogrammed, retaliation computers.  By midnight, all but one of the citizens is asleep.  Unless you care, she too will close her eyes.  Unless you care, she too will fall asleep. 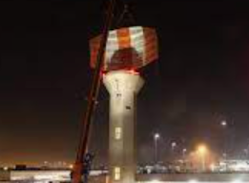 But a girl who lives in this city lies awake and as she stares at the ceiling a slow tear wells from her eye and it is a spark of hope in the dark, sleeping city.  She is awake and she is thinking.  She is awake and she is dreaming.  She has made her decision.  She swings out of bed, dresses and, just as she had planned, she fires up her computer and programs the seal in the door. The computer registers the predictable fault she intended and she knows she has long enough to leave without a trace.  On her stealthy way to the wall, she meets no one, of course.  At last, she reaches the wall and stands on the parapet.  For a moment, she just stands on the edge, silhouetted against a rising full moon.   This is not hesitation but resolution.  She leaps into space.

She lands uneasily, bumping and sliding down the steep incline knowing she cannot return up the mildewed slope.  Only a little shocked and bruised she rests at the foot of the imposing walls, sensing a new silence, away from electronic hums and those invisible radio and radar waves.  She stumbles across the grass with some difficulty but enjoys the bounce of its feel underfoot. 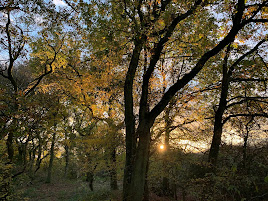 Amongst the trees at last, she slows down and breathes in deeply.  There is a scent she somehow knows all around her but she does not recognise it yet.  Unless you care she never will.  She walks on and the moonlight begins to filter through the lacework of the trees and a damp, cool breeze brushes her hair.  There is no obvious path, but remembering what she has read, she occasionally kneels and looks through the woodland foliage.  Eventually, she sees it.  It is a faint but discernable line of parted and brushed fronds.  There is some light and even warmth ahead.  She can follow where someone, or something, has gone before.  Eventually, the faint wood smoke greets her and it smells and even tastes better than she thought and could have imagined because it is all new.  She cannot understand all her new feelings but she knows they are strong and good and are the beginning of her joy.  She starts to run, harnessing the energy of excitement as she makes her way deeper into the trees.  She has only a vague idea of what she will find.  It is about hope, risk, dreams, and unrestrained joy.  This feeling she is experiencing now is better than you can imagine - even if you care, for the emotion of a new wonder can only be sensed this once. 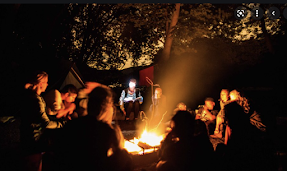